Next Economic Powers of Asia

When you hear economic superpowers, you will probably think about the United States, China, Germany, or Japan.
But not too long from now, you will have different opinions. And this would be due to the new rising economic powers.
Vietnam
The economy of Vietnam is a socialistoriented market economy, which is the 44thlargest in the world as measured by GDP. But If we want to know the future of any nation then first we have to look at its history.
So Vietnam has a long history of wars and distraction. Due to this Vietnam lost its factories, cities, and countless citizens. Plus Vietnam is a communist country and it followed the Sovietera economic model. For a long time, they did not see any economic growth.
All this started to change from 1986 when Vietnam launched the Doi moi policy.
Vietnam economically moved very fast after suffering for years from the war tragedy. This economic miracle of Vietnam is based on manufacturing, which was boosted by trade liberalization, domestic deregulation, and investment in human and physical capital.
And now after this pandemic, Vietnam has a high chance of attracting investments. As they can provide similar facilities like China. So, this could become a game changer for Vietnam.
India
After the end of British rule, India followed the Soviet economic model with a protectionists policy for economic growth. But after the fall of the soviet union in 1991, India switched to a capitalist economy. After that India’s GDP almost doubled every 5 years.
Today the major contributors of the Indian economy are the service sector, industry, and agriculture.
India has a huge local market and its labor cost is also less compared to other countries. And this could attract huge investments in the coming time.
Although problems like social and political unrest, lack of Infrastructure, Wealth inequality, and Bad economic policies of the government, could resist investors.
Philippines
Philippines economy is driven by its service, industrial and agriculture sector. Mainly the service sector. This sector accounts for 60% of the country’s GDP and 56% of employment today. The country’s professionals speak necessary languages, in addition they have less wages than the western countries. Also the country’s average age is 25 years. That means more people available to work.
Hence this makes Philippines one of the largest business process outsourcing country.
Apart from this the Philippines government is trying attract foreign direct investments. And bringing up the infrastructure is their way to go. Several economic zones are already active and have attracted investments. As the industrial sector contributes 30% to the country’s GDP.
Yet the agriculture which once accounted for one third of Philippines GDP, went down to 9% in 2018. Yet government is making efforts to make that stable again. As to grow in faster, the balanced combination of agriculture, services and industry is required.
Malaysia
The economy of Malaysia is the third largest in Southeast Asia. Today manufacturing sector and service sector of Malaysia is largest contributor to its economy. The share of GDP of manufacturing sector peaked at close to 31% in 1999. Thereafter, it declined almost continuously every year.
The services sector’s share of the GDP has gradually increased from 32% in 1974 to 53% in 2016. Malaysia is strategically situated between Singapore and Thailand. Due to that Malaysia provides the perfect investment opportunity for foreign businesses while promoting convenient access to other expanding markets within Asia.
Through with continued technological development and infrastructure growth, Malaysia could emerge as economic superpower.
Indonesia
The economy of Indonesia is the largest in Southeast Asia and is one of the emerging market economies of the world. Indonesia has made enormous gains in poverty reduction, cutting the poverty rate by more than half since 1999. The country hasn’t suffered negative GDP growth since 1998.
Indonesia’s economy is based on trade, manufacturing, and services.
Manufacturing contributes 20 percent of Indonesia’s GDP.
Yet the economic growth of Indonesia is lower than expected from past few years. The large and growing population is major advantage for Indonesia. As this could attract foreign investors. But this could happen only if infrastructure improvements are made to promote higher GDP growth.
Although this will help Indonesia to get out of the middle income trap. And rise as a economic power.
So, in the coming time these could be the next countries to show a significant influence in the world economy. Yet the pandemic we all are going through makes things more uncertain to predict.
0:00 Introduction
0:51 Vietnam
2:43 India
3:53 Philippines
5:23 Malaysia
7:01 Indonesia
nexteconomicsuperpower southeastasia
Instagram (Global Index): https://bit.ly/2YjIex8
Stock footage provided by Videvo, downloaded from https://www.videvo.net
Music Credits:
https://www.bensound.com/ 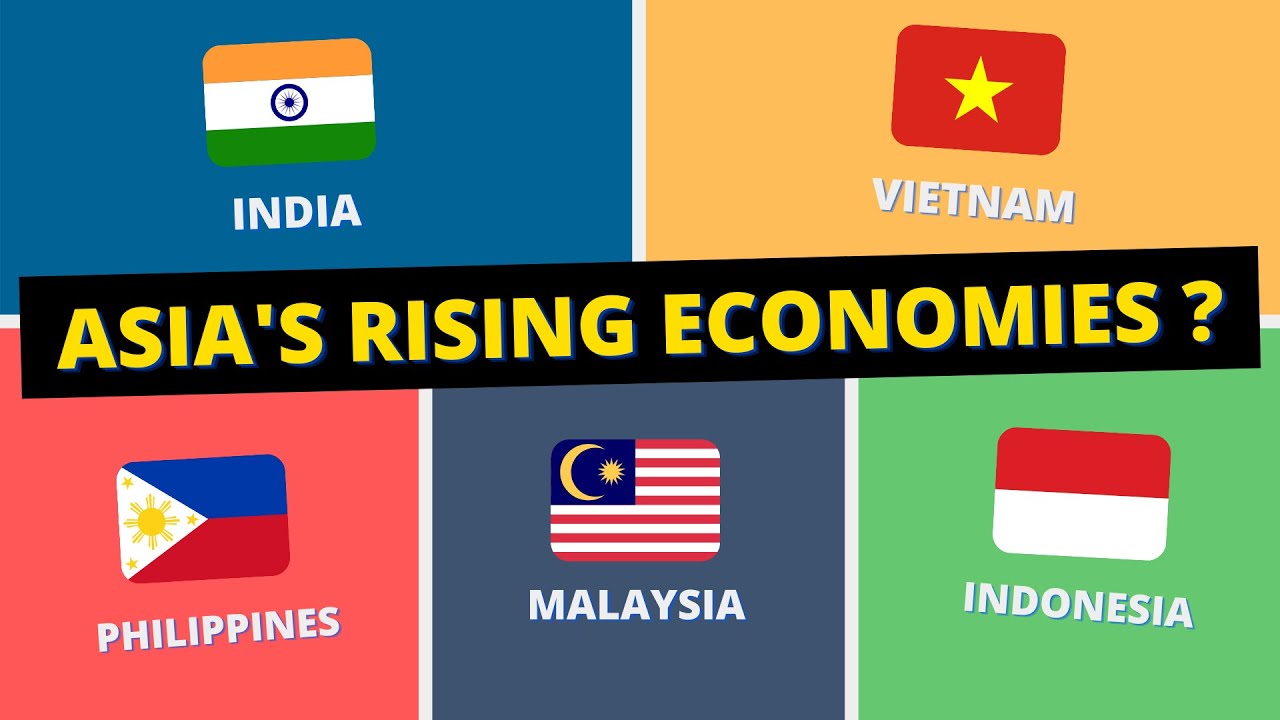 Bac Ninh’s Economic Development Overview 20102020
I. TOTAL PRODUCT IN THE AREA (GRDP)
GRDP in 2019 reached 197.9 trillion VND, equivalent to 8.5 billion USD, accounting for 3.3% of the country’s GDP; Per capita GRDP reached 143.5 million VND (equivalent to 6,163 USD), 2.3 times higher than the national average (2,715 USD) and ranked 2nd out of 63 provinces and cities (after Ba RiaVung Tau).
The economic scale of Bac Ninh has continuously expanded, in 2019 it is 1.7 times higher than that of 2014; on average, the period 20152019 will increase by 11.5% / year; The GRDP per capita in 2019 is 1.55 times higher than that of 2014.
II. CHANNEL STRUCTURE
Bac Ninh actively moves the economic structure towards industrialization and modernization.
The economic structure will be shifted towards industry and service, it is estimated that the industry, construction and service sector accounts for 9.75% in 2019; Agriculture, forestry and fishery accounted for 2.5% (in 2014 were 95.8% and 4.2%, respectively).
III. FOREIGN DIRECT INVESTMENT (FDI)

The period 2010 2020 recorded a strong growth trend of FDI in Bac Ninh, in terms of both registered capital and implemented capital, as well as in the number of projects and foreign invested enterprises. In addition to a slight decrease in the number of construction investment projects with foreign investment capital in 2014 and 2018, by 2015, the size of registered capital increased 7 times compared to 2010 (from 500 million USD to more than 3,500 million USD). . The realized capital has also increased about 5 times, from 300 million USD in 2010 to over 1,500 million USD in 2015. The number of licensed projects is nearly 3 times, with about 60 projects in 2010 and over 150 by 2015. project.
In the first quarter of 2019, Bac Ninh becomes a locality with large foreign registered capital of the whole country with 455.7 million USD, accounting for 11.9% (the whole country reached 3.8 billion USD).
From early 2020 to August, Bac Ninh has attracted 119 FDI projects, with a total registered investment capital of 334.8 million USD. Accumulated to date, the province has 1,602 FDI projects licensed for investment (in effect), the total adjusted investment capital is 19,643.5 million USD; in which, there are 1,331 investment projects in the manufacturing and processing industry, accounting for 83% and concentrated in some countries, such as: Korea 1,205 projects, China 112 projects, Japan 86 projects … / .
FDI enterprises also contribute to creating jobs and raising incomes for more than 200,000 workers inside and outside the province, thousands of foreign experts and engineers (according to 2018 statistics). This workforce increases by 2025% per year. Comes with that is a huge housing demand.
V. PERMANENT INCOME / MONTH
The average income per capita of Bac Ninh is always higher than that of the Red River Delta region and the whole country. In 2019, the per capita income of Bac Ninh province reached 73.3 million VND, ranking 5th in the country
VI. INFLATIONARY
Bac Ninh’s consumer price index (CPI) plummeted from 9.2% in 2013 to 4.2% in 2014 and hit the bottom of five years with 0.9% in 2015. Inflation rate increased. with 3.3% in 2016 and 2.0% in 2017, 3.4% in 2018 and 2.92% in 2019. Some groups with higher growth than the general rate in 2019 are food groups. and food service rose 3.51%; the group of beverages and tobacco increased by 6.4%; the group of houses, electricity and water rose 4.97%; equipment and appliances group increased 3.96%, …
VII. TRAVEL
According to the Bac Ninh Department of Culture, Sports and Tourism, in 2019 the total number of visitors to the year will reach 1.6 million, up 18.5% year on year, reaching 102.5% of the annual plan. Domestic tourists are still the main number of tourists in Bac Ninh province, international visitors account for a small proportion of only 36% of the total number of tourists.
Bất_động_sản_Sen_Vàng chuyên_gia_tư_vấn_đầu_tư_bất_động_sản_Tây_Hồ
Dịch_vụ_tư_vấn_phát_triển_dự_án_bất_động_sản
senvàng; đầutưbấtđộng sản
chungcưTâyHồ; bấtđộngsảnTâyHồ; quảnlýtàisản
bấtđộngsảnBắcNinh; KhucôngnghiệpBắcNinh; bấtđộngsảnTừ Sơn 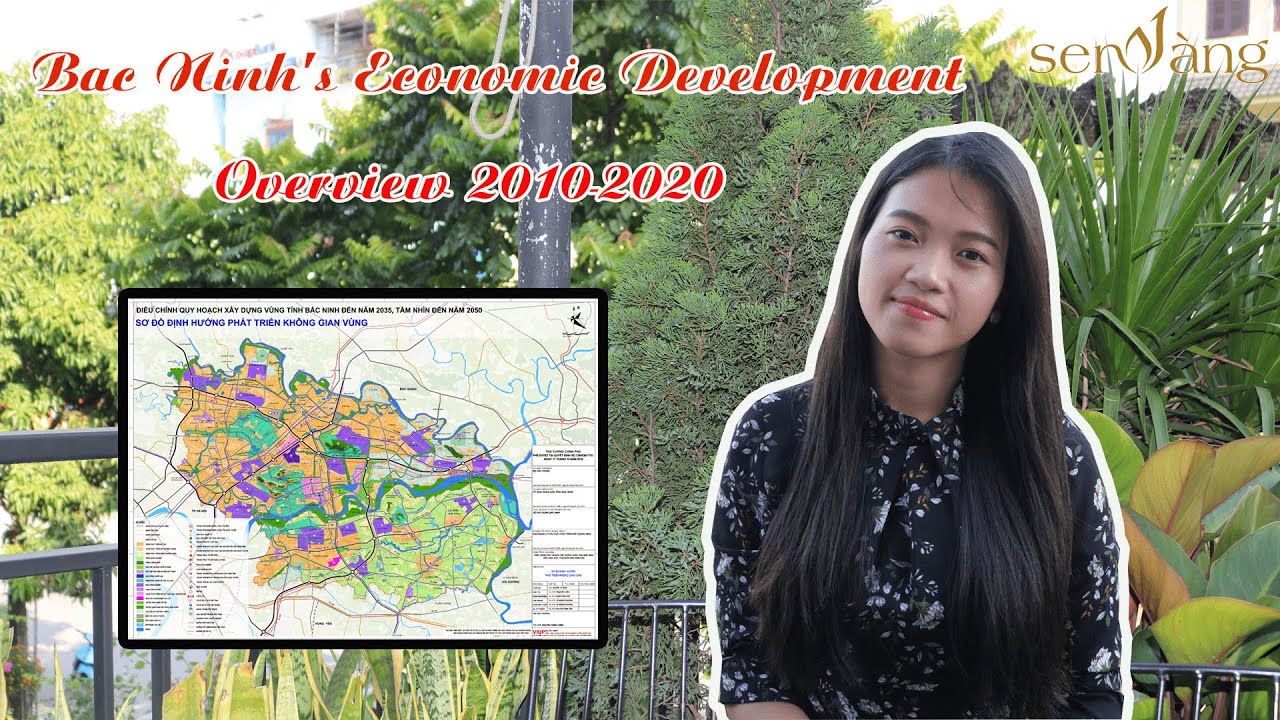 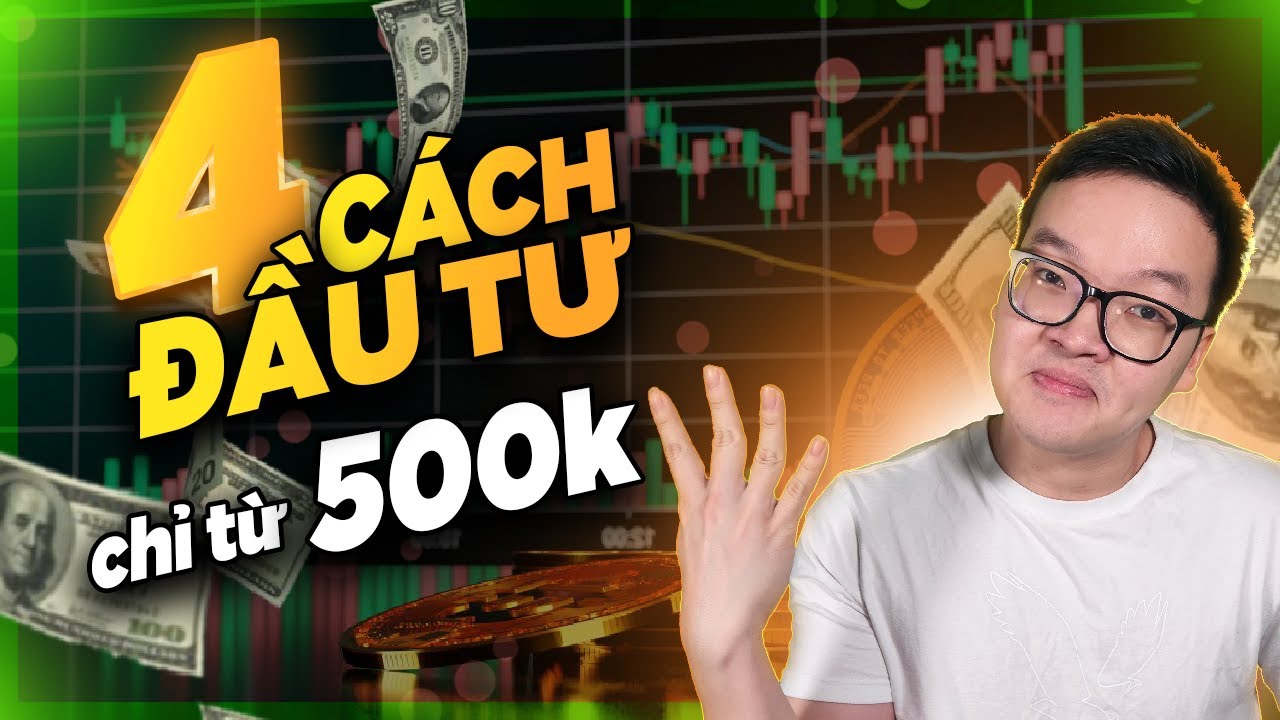 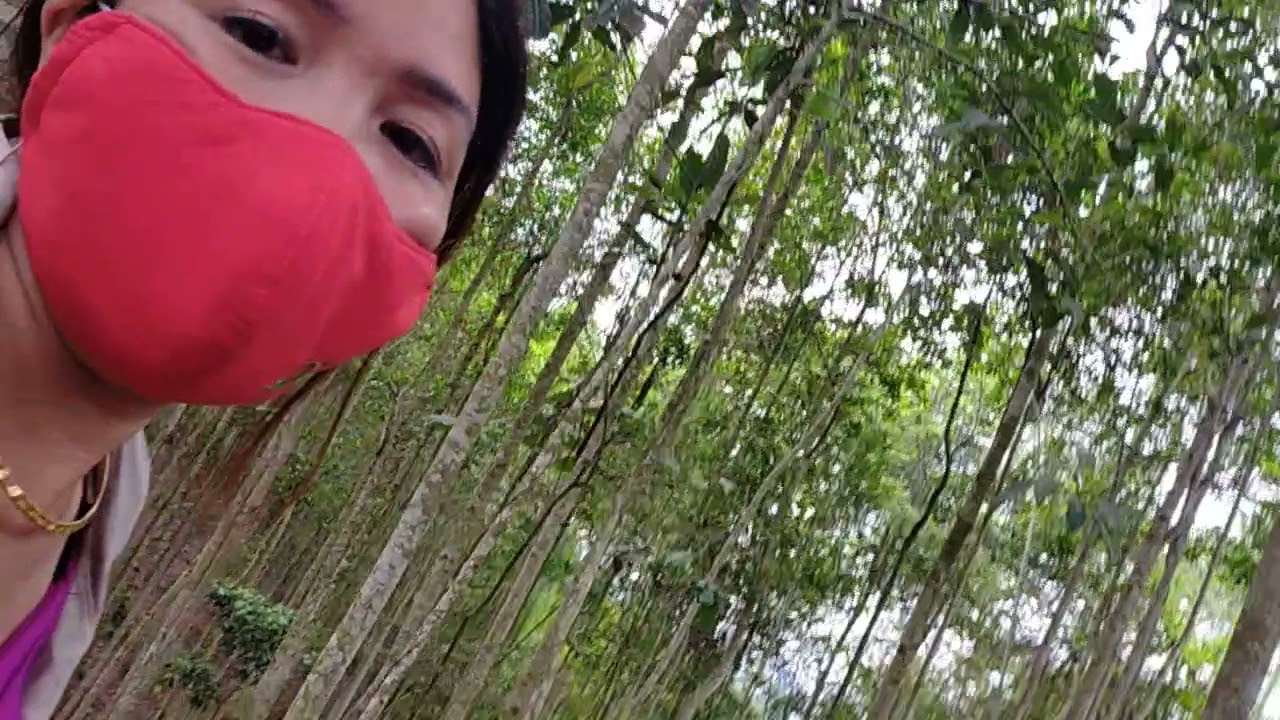 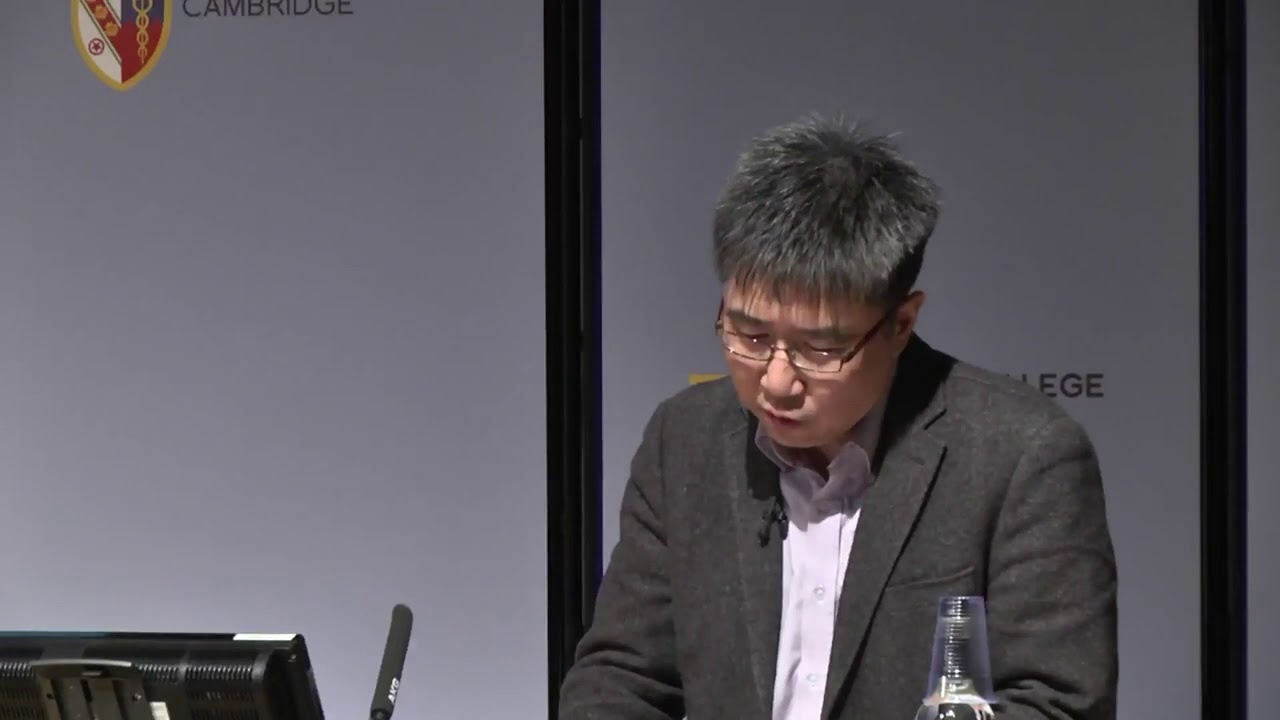