Pongal is an agricultural festival that brings happiness and enthusiasm for the people of Tamil Nadu and parts of Andhra Pradesh and Telangana. The word ‘Pongal’ in Tamil means ‘overflowing’. The festival is celebrated with great importance by spreading the message of peace, prosperity, good health, good wishes and fulfillment of desires. The timing of the Pongal festival is when the sun transits into ‘Makar Rashi’ in the month of January which means the end of the winter solstice and the beginning of longer and warmer days.

1)
Pongal is one of the biggest harvest festivals of the Hindu religion.

2) It is celebrated for four days in the southern states of Tamil Nadu, Andhra Pradesh, etc.

3) Pongal is also celebrated in Malaysia, Singapore, the US where south Indian people reside.

4) Pongal is also called “Thai Pongal”, related to the tenth month of the Tamil calendar.

5) The four-day celebrations during Pongal have different activities based on each day.

6)
People generally pay their regards to god and other substances for their
livelihood.

7) The word Pongal in Tamil means to “spillover” or to “overflow”.

8) Pongal is a festival related to the preparation of rice dishes as a part of a ritual.

9) A mixture of rice, jaggery, milk, lentils, etc is cooked and allowed to spill outside the pot.

10) As a custom, when rice gets spilled over the earthen pot, it is meant as abundance in the family.

1)
Pongal is one of the most famous and essential festivals which is celebrated in
Tamil Nadu as well as in Sri Lanka.

2) History suggests that the festival Pongal came into existence between the Sangam period (5th century to 3rd century BC) and the medieval Chola dynasty (up to 13th century CE).

3) During the Sangam era, Pongal was observed by the name of “Pavai Nonbu” in which young girls prayed to god in the hope of rain and good harvest.

4) Some historical evidence suggests that during Chola dynasty’s rule, Pongal was celebrated as the name of “Puthiyeedu” where land was donated to the temples.

5) Pongal or Thai Pongal is a four days celebration that starts from the day when the sun transits into ‘Capricorn’ zodiac or ‘Makar Rashi’.

6) According to the Tamil calendar, Pongal begins from the last day of ‘Maargazhi’ month and lasts for the first three days of ‘Thai’ called Thai Pongal.

7) The first day of Pongal is celebrated as “Bhogi”, on this day as per the blessings of Lord Krishna, lord Indra is worshiped.

8) The second day is the main day of celebrating the ‘Thai Pongal’ festival which is related to the sun’s transition into Capricorn zodiac.

9) On the third day, “Mattu Pongal” is dedicated to cattle, on this day farmers celebrate the efforts of their cattle for bringing prosperity in their house.

10) On the last day of Pongal, “Kaanum Pongal” is celebrated as an indication of the end of the festival, Kaanum in Tamil means ‘to visit’. We have bestowed here a set of Ten Lines on Pongal that will provide you some basic information about this famous festival of Tamilnadu that is celebrated on the same day when in North India Makar Sankranti is celebrated. These points will give you the time, method and activities during the celebration of this festival.

1) Pongal is a major festival of
Tamil Hindus.

3) This can be compared to Navan
which is the harvest festival (Shasotsav).

4) Pongal in Tamil means boiling
over or overflow.

5) Traditionally, it is a festival dedicated to prosperity in which rain, sunshine, and cattle are worshiped to bring prosperity.

6) Almost all government
institutions in Tamil Nadu have a holiday on this day.

7) The name of this festival is
Pongal because the prasad that is offered to Sun God on this day is called
Pagal.

8) The importance of this
festival can also be gauged from the fact that it lasts for four days.

10) Mattu and Kanya Pongal are celebrated in the last two days.

Another set of Ten Lines on
Pongal has been provided below that will give you some important information
about Pongal in very simple sentences. After going through these points you
will know that when is the Pongal celebrated, what activities are done so far,
and what is its importance.

1) According to the Gregorian
calendar, the Pongal festival is celebrated every year from January 14th
to January 17th by the Tamil People.

2) All people wait for the day of
Pongal and on this day offer rice to God.

3) This festival is celebrated in
Tamil Nadu as well as in neighboring states like Karnataka and Andhra Pradesh.

4) Cows and bulls are very beautifully
decorated and worshiped on this day.

5) On this day all the women wish
for their brother’s good life and success.

6) All the people wear new clothes on that day and in the evening everyone meets each other and eats rice.

7) Women clean their houses well before the Pongal festival.

8) They decorate large pottery
with kumkum and swastika.

9) The eldest person of the house is asked to pour rice and water in a large earthen pot on the day of Pongal, which is also an honor.

10) Everyone takes blessings of people older than themselves and in this way the sacred festival Pongal is celebrated.

Pongal is one of the biggest festivals of south India. The states which celebrate the Pongal festival are Tamil Nadu, Andhra Pradesh, Telangana, Karnataka and some parts of Kerala. Pongal is celebrated either on January 14th or 15th. On the same day, in north India ‘Makar Sankranti’ is also celebrated. ‘Bihu’ is celebrated in Assam and northeast and Lohri is celebrated in Punjab on the same day. All these festivals have common objectives and are dedicated to the same deity, Sun.

Thai Pongal is one of the first Hindu festivals of the year which is celebrated by Tamils across the world. The multi-day harvest festival of South India and Sri Lanka is observed during the second week of January. This year, it falls today, January 14. It is dedicated to the Sun God (Surya). Farmers worship the Sun and celebrate the harvest for the whole year. The festival is largely celebrated in South India for four days and it includes Bhogi Pongal, Surya Pongal and Mattu Pongal. Sri Lankans generally celebrate Thai Pongal for two days with the Pongal being cooked on the first day.

‘Thai’ is referred to the 10th month in the Tamil calendar and the word ‘pongu’ is the act of boiling over of a pot of rice. Pongal is also the name of a sweetened dish of rice boiled in milk and jaggery that is ritually consumed on this day. The Pongal festival is mentioned in an inscription in the Veeraraghava temple dedicated to Vishnu in Thiruvallur, Chennai. Credited to the Chola King Kulottunga I (1070 – 1122 CE), the inscription describes a grant of land to the temple for celebrating the annual Pongal festivities. Similarly, the ninth-century Shiva bhakti text, Tiruvembavai by Manikkavachakar vividly mentions the festival.

According to Andrea Gutierrez – a scholar of Sanskrit and Tamil traditions, the history of the Pongal dish in a festive and religious context can be traced to at least the Chola period. It appears in numerous texts and inscriptions with variant spellings. In early records, it appears as ponakam, tiruponakam, ponkal and similar terms. Some of the major Hindu temple inscriptions from Chola Dynasty to Vijayanagara Empire periods include detailed recipe which is essentially the same as the Pongal recipes of the modern era, but with variations in seasonings and relative amounts of ingredients.

The words ponakam and ponkal and their prefixed variants have meant either the festive pongal dish by itself as prasadam, or the pongal dish as part of entire thali (now alankaranaivedya). These were a part of the charitable grants received and served by free community kitchens in Hindu temples in Tamil Nadu and Andhra Pradesh either as festival food or to be given to pilgrims every day.

When the rice starts to boil, a horn called sanggu is blown while participants shout out pongalo which means the pot is overflowing. They also chant the words in Tamil, Thai pirandhal vazhi pirakkum, meaning the beginning of the month of Thai which makes the way for new opportunities.

The first offering is to Surya or the Sun God. Fruits such as mangoes and bananas are served with Pongal rice. Then the family members will eat using banana leaves as plates and will share their Pongal with relatives, friends and neighbours. However, health authorities have advised to limit celebrations to the family unit this year in view of COVID-19 health precautions.

Thankful to the Sun God

The festival marks the end of the winter solstice and the start of the Sun’s six-month-long journey northwards. The festival is named after the ceremonial ‘Pongal’, which means ‘to boil, overflow’ and refers to the traditional dish prepared from the new harvest of rice boiled in milk with jaggery (raw sugar).

According to tradition, the first dish is offered to the gods and goddesses (Goddess Pongal) and then an offering is made to cows. The family comes together to celebrate the festive activities. The celebrations include decoration of cows and their horns, ritual bathing and processions. This is an occasion for decorating rice-powder based kolam, offering prayers at home and temples together with family and friends, and exchanging gifts. Again, we have to limit these activities this year due to COVID-19.

Bhogi is the first day of celebrations before the Thai Pongal festival. Those who celebrate get their homes ready with preparations for the main pooja on the next day. Homes are decorated with banana and mango leaves, garlands of flowers, banana trees with bunches of bananas and kolam and rangoli.

Mattu Pongal is celebrated the day after Thai Pongal. On this day, the farmers honour their cattle by showing gratitude. Mattu means bull in Tamil. The animals are bathed and the horns are polished and decorated with flowers and capped with shiny metal. Cows are decorated with manjal thanni (turmeric water) and kumkum applied on their foreheads. People also garland their cattle and feed them with ven pongal, fruit, jaggery and honey.

Some people light coconut palm frond torches, take it thrice around the cattle and run to the edge of the village and drop the torch. This is believed to ward off the jealous evil eye on the cattle. Jaliikattu or Manji Virattu is a game played in Tamil Nadu on Mattu Pongal or Kaanum Pongal. Money is tied to the horns of bulls and young men chase, catch and tame these ferocious bulls and take the money.

This is the fourth and the last day of Thai Pongal. Elders bless the young and people visit each other and exchange gifts. Kaanum Pongal is also acknowledged as Thiruvalluvar Day in remembrance of the great Tamil philosopher and poet named Thiruvalluvar.

Thai Pongal has become a national festival, where people from all religions and communities enjoy the festivities along with their Hindu friends. Coming at the start of the year, it is an opportunity to renew our bonds with nature. 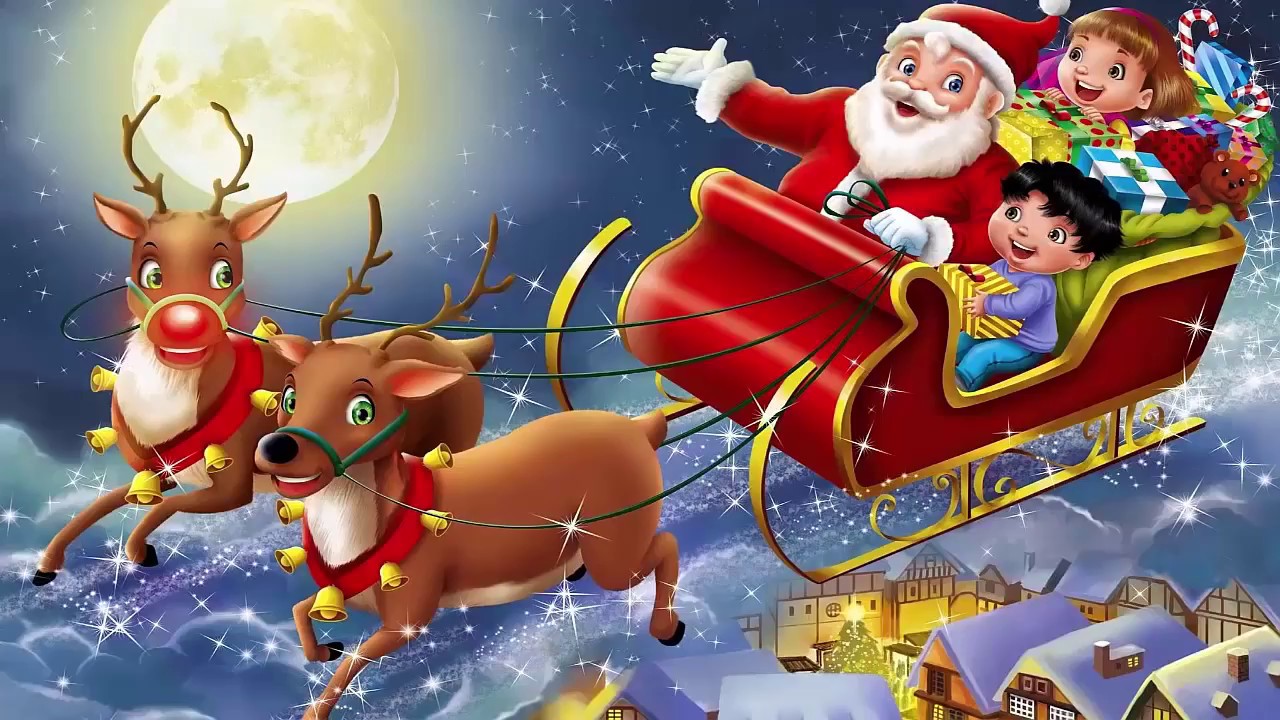 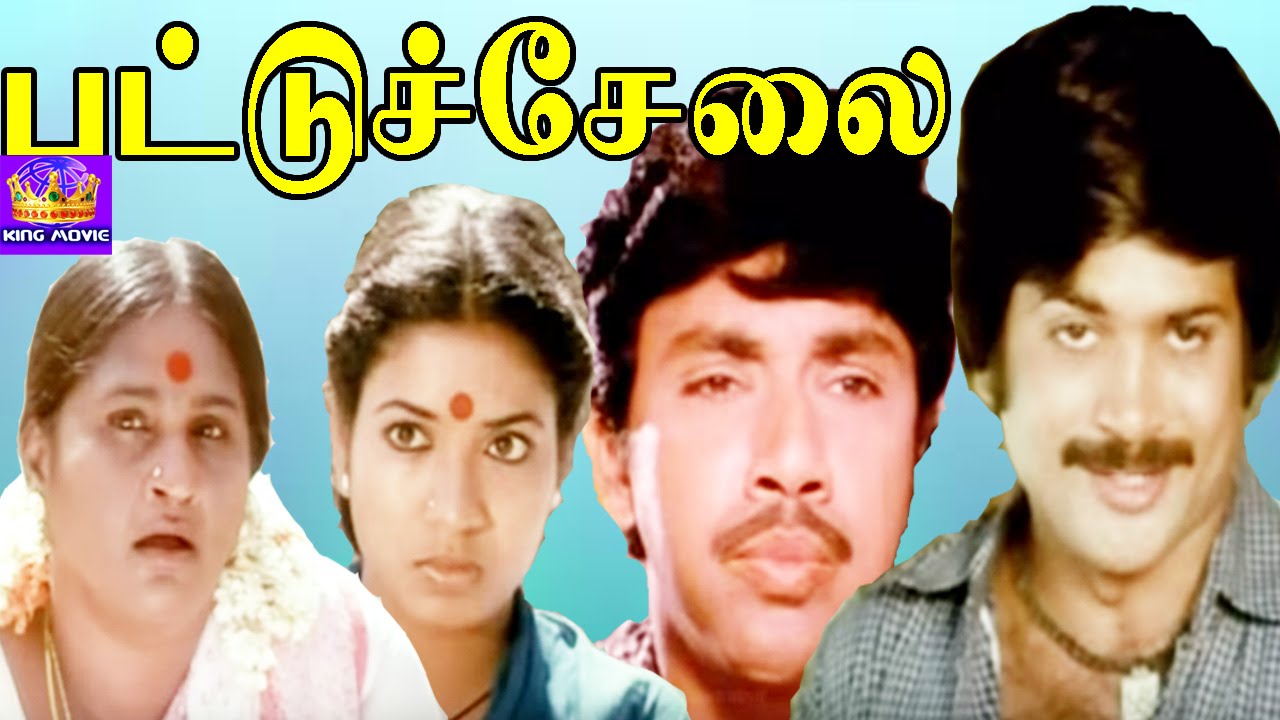 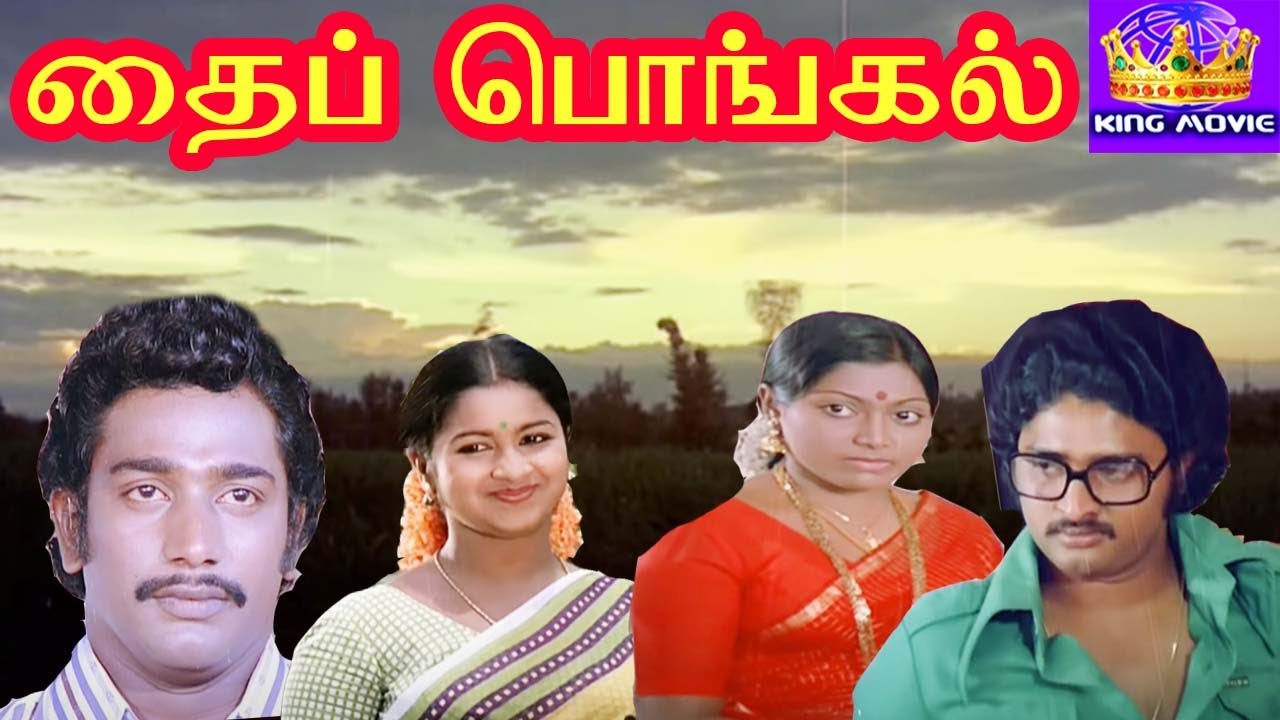 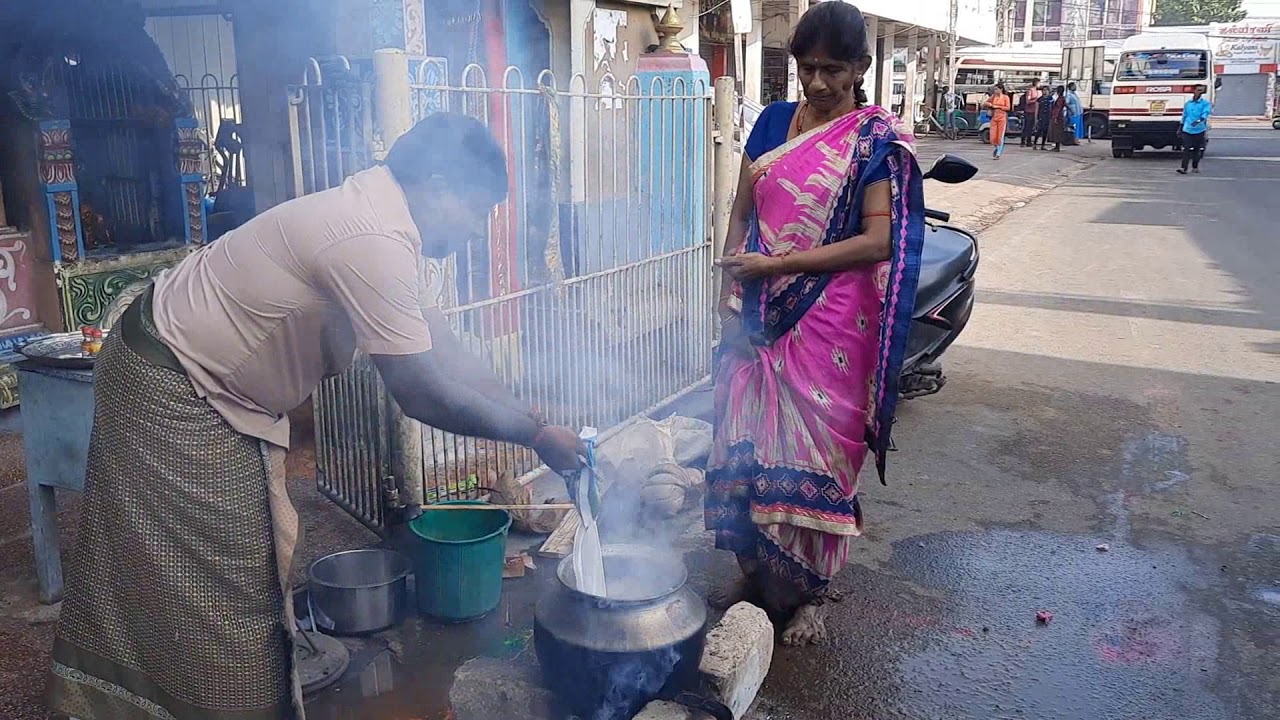 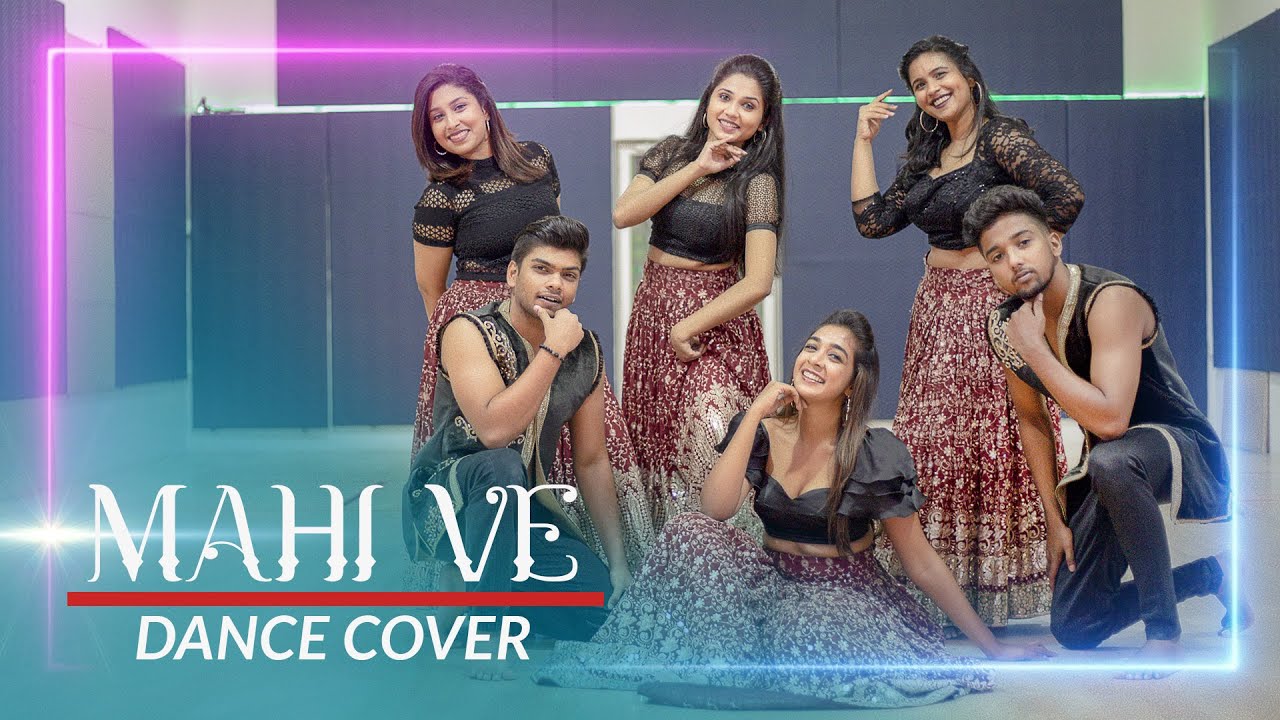