Thailand’s crown prince has led thousands of cyclists through the streets of the capital in a tribute to his mother, Queen Sirikit, to mark her 83rd birthday.

The high-profile event on Sunday, broadcast live by all public television stations, was also an exercise in palace public relations at a time of concern about the royal succession in Thailand.

Roads were closed along the route of what was dubbed “Bike for Mom”, which transformed typically traffic-clogged Bangkok – for a day at least – into a cyclists’ paradise. Among the riders were the prime minister, his cabinet, celebrities and other VIPs. Similar rides took place in other provinces, led by local officials.

“This is a historic event for Thailand,” the prime minister, Prayuth Chan-ocha, said before the ride.

It was billed as the largest organised bicycle ride ever conducted in Thailand, and Prayuth said authorities hoped to set a world record for a national bike parade. Organisers said 40,000 people registered for the event in Bangkok and more than 250,000 registered for rides held across the country. “The event will also showcase to the world how devoted Thais are to their queen,” Prayuth said.

A cyclist passes a picture of Queen Sirikit at the Victory Monument as he takes part in the ‘Bike for Mom’ mass bicycle ride.

Thailand’s revered monarch, 87-year-old King Bhumibol Adulyadej, and his wife, Queen Sirikit, are both in declining health and have been absent from public life for years. Their only son and the heir apparent, Crown Prince Vajiralongkorn, does not command the same respect and affection as his father, though open discussion of the monarchy is constrained by a strict lese-majesty law that makes criticism of the royal family punishable by up to 15 years in prison.

Mostly seen at formal ceremonies, the 62-year-old heir to the throne rarely mingles with the public. But Sunday’s bike ride was an apparent effort to rehabilitate his image. The crown prince shed his tailored suit for black bike tights topped with the event’s light blue “Bike for Mom” T-shirt as he blended with other bikers in a band of blue through Bangkok’s streets.

“It’s him! It’s him!” shouted an onlooker at the city’s Victory Monument, as the prince pedalled past. The event started at Royal Plaza in the city’s western historic quarter and followed a northbound circuit as thousands of people in blue shirts watched from the pavements. Some waved Thai flags or held pictures of the royal family.

In Buddhist tradition, blue represents Friday, the day of the week Sirikit was born. It has become the colour associated with the queen in predominantly Buddhist Thailand, while yellow – which represents Monday – is the colour worn to honour the king.

Man with the Bike for Mom logo shaved into his hair.

Sunday’s event took place a few days after the queen’s birthday on 12 August, which is also a national holiday and celebrated as Mother’s Day in Thailand.

Last week the palace announced its latest update on the king’s health, saying he was recovering from several ailments including excess fluid on the brain and difficulty breathing due to congested lungs. Last October he had his gallbladder removed.

The king has rarely left a Bangkok hospital that has become his residence since he was admitted in 2009 with what was said to be a lung inflammation. The queen has also seldom been seen in public since suffering stroke-like symptoms in 2012.

Most Thais hold great affection for Bhumibol, who took the throne in 1946 and is the world’s longest-reigning monarch.

[NEW] Thailand’s secretive, playboy king has a history of jailing people who insult him and is reportedly holed up in a luxury hotel in the Bavarian Alps. Here’s what we know about him. | bike for dad bangkok – Sathyasaith

Thailand’s royal family, compared to the constantly spotlighted British monarchy, is extremely secretive. The country has strict laws that forbid citizens and the Thai press from insulting and reporting on embarrassing details about the family.

That’s why a 16-year-old is facing criminal charges and up to 15 years in jail for making fun of the king. The teen was at a protest wearing a tank top similar to the king’s with insulting words displayed on his body, Insider previously reported.

Thailand’s “lese-majeste” law prohibits insulting, defaming, or threatening the monarchy. Protestors who want democracy have been demonstrating in Thailand in recent months, leading to many “lese-majeste” charges.

The monarch in question, King Maha Vajiralongkorn, officially known as King Rama X, was crowned in May 2019, almost three years after the death of the previous king, his father Bhumibol Adulyadej.

Thanks to restrictions to the Thai press, relatively little is known about Maha Vajiralongkorn.

What we do know, however, is that he was educated in Britain and Australia, is an enthusiastic cyclist and pilot, and has been married four times.

In October 2019, the palace announced that his royal consort — and long-term girlfriend — had been plotting against the queen, and the king stripped her of all royal and military titles for disloyalty.

About a year later, the king changed his mind, taking her back as a royal consort and restoring her military ranks.

Scroll down to find out more about Thailand’s secretive, bicycle-loving king.

99,999 people register for BIKE FOR DAD cycling event in Bangkok

Yesterday marked Bangkok’s second day of registration for the \”Bike For Dad\” cycling event, organized to commemorate His Majesty the King’s 88th Birthday Anniversary on December 5th. The number of registrants has already reached 99,999 people in the capital. 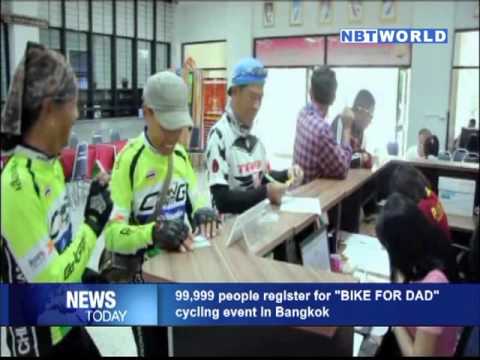 Vlad and Niki – funny toys stories with costumes for kids 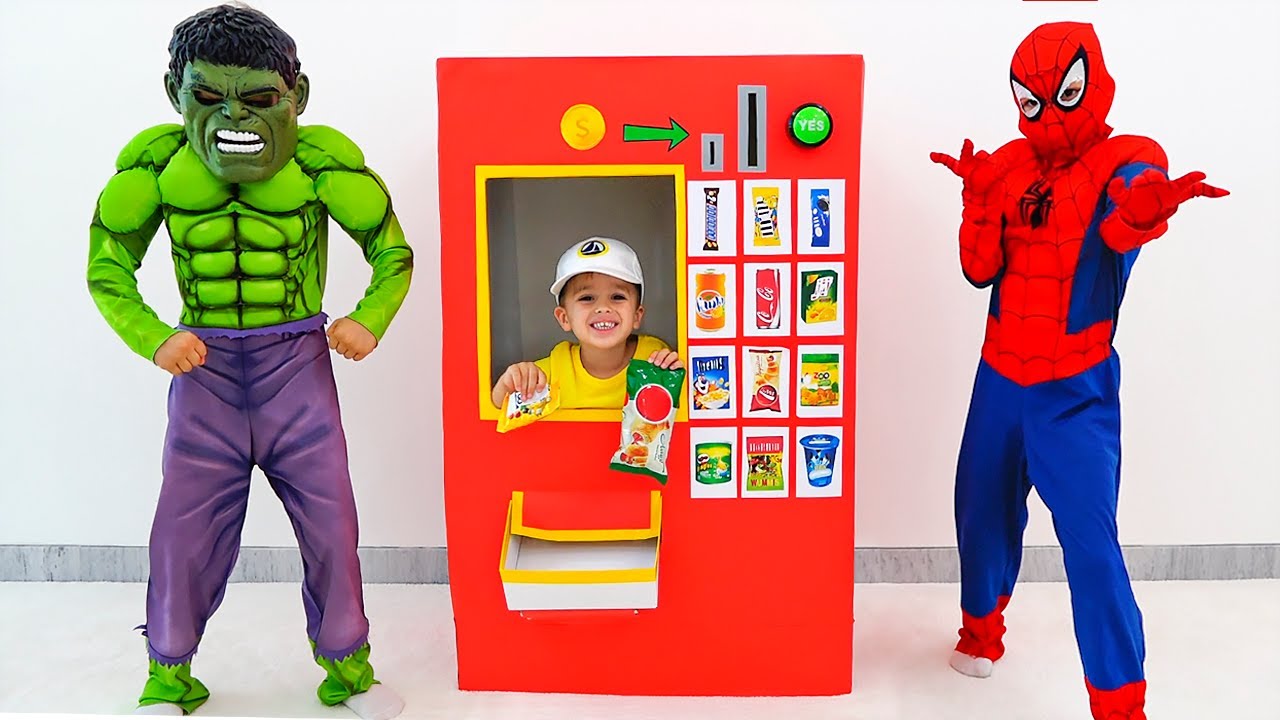 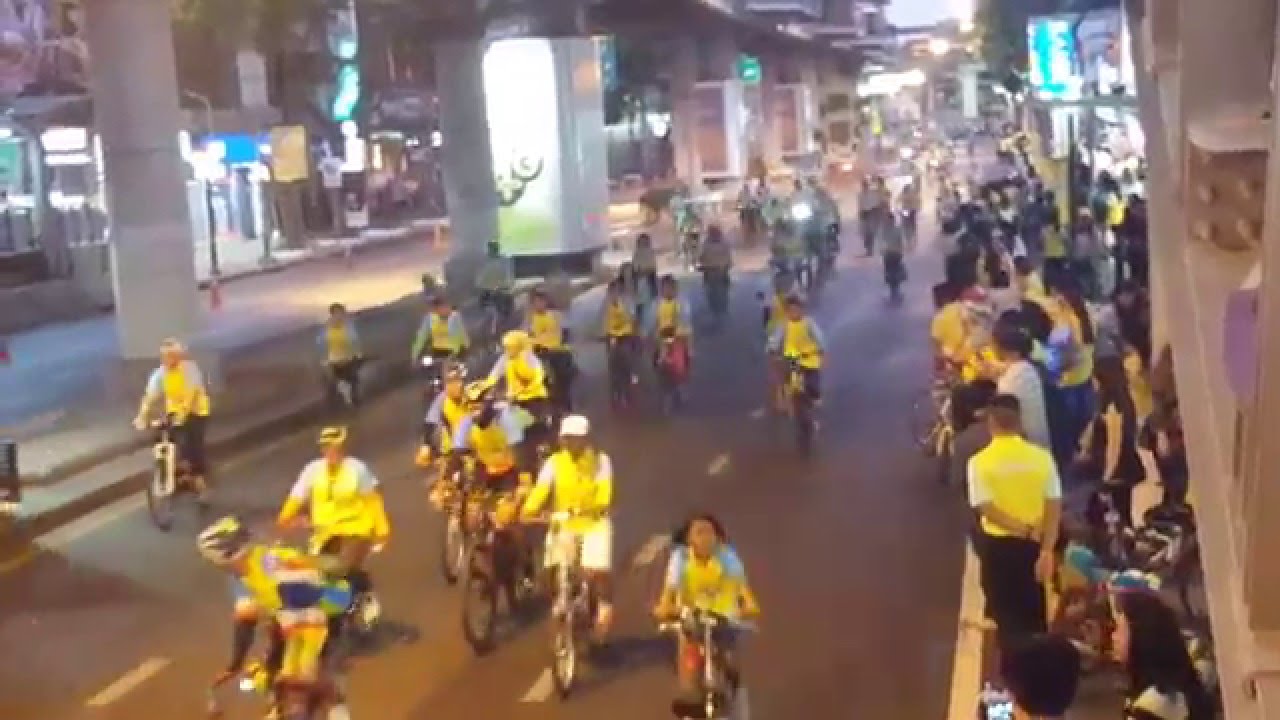 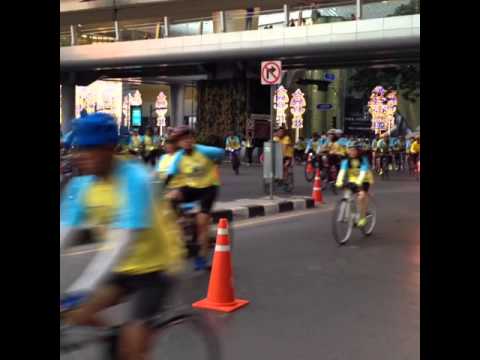 Hello friends, my name is Hanh Nguyen, a person who loves general news topics. That's why I created this website to share with you useful information. Hope you will like it.